Courtesy of The Hamilton Spectator 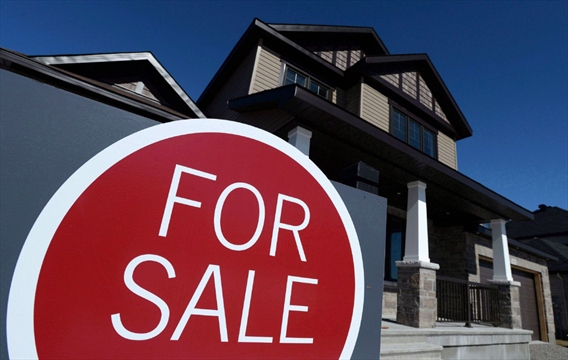 Hamilton’s sizzling housing market is going to get even hotter this year.

The latest outlook report from the Canada Mortgage and Housing Corporation calls for a steep increase in housing starts this year and for the average Hamilton price for a resale home to reach as high as $510,000 in 2017.

George O’Neil, CEO or the Realtors Association of Hamilton-Burlington, said the long-standing issues of supply and demand are fuelling the resale market. Simply put, there are more buyers than sellers in the market and that’s driving up prices.

“Supply and demand is the fundamental issue here,” he said. “There are houses available, just not as many as we need.

“Certainly having more supply would dampen the price increases a bit,” he added. “We have an active market in Hamilton that really needs more supply.”

Specifically, the CMHC report calls for as many as 2,900 housing starts in the Hamilton-Burlington-Grimsby area this year and up to 2,800 next year. Those spikes follow a sharp drop in starts last year.

Much of the increase, the report concludes, will be due to more condo apartment project starts as builders return to a segment they backed away from in 2015 as the number of unsold units rose.

CMHC analyst Abdul Kargbo said in a news release the preference for multi-unit housing may reflect the lack of supply and rising prices of other types.

“A tight resale market where the supply of affordable homes is limited will propel some buyers to purchase less expensive types of new homes. This in turn will support multi-unit housing starts in the next two years,” he said.

The supply-demand scale is being further tilted by a flow of young homebuyers from Toronto looking for homes they can afford.

“The average home price in the GTA remains elevated and consequently, many potential buyers that are priced out of the GTA market tend to move into the Hamilton area in search of affordable homes,” CMHC reported. “The inflow of buyers from the GTA moving into Hamilton has translated to strong demand for ownership housing across Hamilton, as well as creating more competition for the local buyers.”

Another sign of a market that’s edging toward too tight is a dip in the rental vacancy rate — it’s expected to dip slightly to 3.2 per cent this year from 3.4 per cent last year, and to 2.9 per cent in 2017.

That decline will be driven by strong employment among young adults and the inflow of international migrants to the area — two groups that typically move into the rental market. With few new rental units being built, potential interest rate hikes that keep them from buying homes may aggravate the problem.

CMHC said a slightly troubling sign in the market is data showing the income required to buy a home in Hamilton is now greater than the average actual income.

“Price growth for single-detached homes had been stronger than warranted by increases in fundamental factors such as income growth. Consequently, the income required to buy a single detached home in the Hamilton CMA surpassed the actual income of the average household in 2015,” the agency reported.

Over the next two years that force, coupled with possible increases in mortgage interest rates, could cut demand for new single-detached houses in high-priced areas like Flamborough, Ancaster and Burlington.

“The expected increase in mortgage rates coupled with elevated prices will result in carrying costs rising faster than incomes. The home ownership affordability challenge will be more pronounced in the pricier submarkets,” CMHC reported. “Meanwhile, neighbourhoods within the Old City of Hamilton will continue to record higher sales, as these areas remain more affordable.”

CMHC forecasts five-year mortgage rates will rise to as much as 5 per cent in 2016 and 5.3 per cent next year.

“There hasn’t been any talk of a bubble breaking in this market,” he said. “Some types of housing might be getting a little out of reach for the average Hamiltonian, but there is no immediate threat to the market.

“There’s no bubble here, but maybe we’re in for a bit of a softer landing,” he added.

Attention all Hamilton home owners!! Want to know what your home is worth? Click here to get a FREE, NO OBLIGATION, online home evaluation!

2016-05-28
Previous Post: 4 Tips for a Hassle-Free Move
Next Post: Looking to find extra space in your home? Here’s what you need to know